Week 4 progress has not been as expected. What I have realized is that XCode, the programming language for iOS App development, like any other language, takes time and practice. This piece has been rewarding as I feel like I am starting to understand it. I have an incredible amount of information in my “XCode Notebook.” 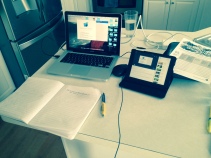 However, from a production standpoint, it has gone quite slow. I have learned terminology and nomenclature and how to translate this to basic objects on the user interface.

Within the next several days, these user will be able to interact with these in the form of the simple card game War.  To date, I have used the following resources:

Someone in the discussion forum sent me to an incredibly helpful video (coincidentally, also written by Chris). This was a much better way to learn for me. Instead of simply getting the answer and inserting revisions in my code, I was able to watch the video and practice this until I became a bit more proficient with the autocorrect and pinning features. 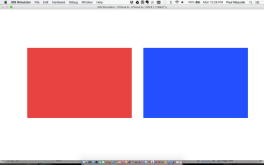 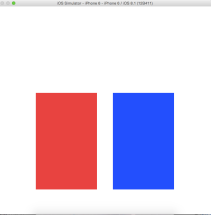 After exploring these options, I am going to concentrate on the YouTube videos, blog and discussion posts from Code with Chris. This video series seems to be more intuitive for me. After I get the “basics” to the XCode language, I will revisit Lynda.com, the XCode tutorial and the Apple Developer Forum.

The greatest challenge for me has been technical issues. I have an older MacBook that is running XCode 6 at a sluggish pace.  While I have ordered a new Solid State Drive and more RAM to install, which should make my computer performance issues a bit more manageable, I am still needing to make progress on this assignment. To that end, I am attempting to work through these challenges. 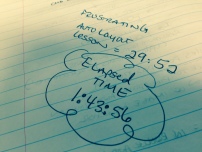 Additionally, learning this programming language has not progressed as quickly as I had originally hoped. I find myself needing to pause, rewind and even review videos multiple times in order to understand key concepts. However, I feel that I am making progress. Between learning XCode and performing some basic computer hardware maintenance, I will attain my eventual goal of programming a useful app for my team.

VIDEO OF PROGRESS CAN BE FOUND AT: Mazurek iOS App Development Progress

One thought on “NLP Week 4”